2013-Oct-26: The VHE gamma-ray community celebrates Trevor Weekes at TrevorFest. See details here. The slides of the talks are posted here - a great overview of some of the early history of the VHE gamma-ray field!

The VERITAS team and the Fermi Science Support Center are pleased to announce a pilot program for the Fermi Cycle 8 GI Program that supports collaborative efforts to jointly observe high-energy gamma-ray sources with VERITAS and Fermi.  Successful proposals will be selected on a competitive basis via the Fermi Cycle 8 proposal review.  Details of the program are described in the VERITAS-Fermi Collaborative Agreement.  Further information is available at the FSSC website. 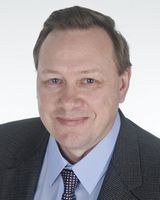 The Gamma-Ray group at Iowa State University (see cherenkov.physics.iastate.edu) currently has an opening for postdoctoral researcher in the field of VHE gamma-ray astronomy and particle astrophysics.