The Whipple collaboration pioneered the Imaging Atmospheric Cherenkov Technique (IACT) for the detection of Very High Energy (VHE) gamma rays. The Whipple 10 m gamma-ray telescope was located at the Fred Lawrence Whipple Observatory in Southern Arizona in the United States. The predecessor to VERITAS (Very Energetic Radiation Imaging Telescope Array System), this telescope was in operation from 1968 until its decommissioning in 2013, and detected the first TeV gamma-ray source, the Crab Nebula in 1989 (Weekes et al., 1989).

The Davies-Cotton reflector held 248 hexagonal mirrors and provided a total reflecting area of 75 m^2.  The camera was located at the focal point and (ultimately) contained 379 PhotoMultiplier Tubes (PMTs) with a field of view of ~2.6 degrees and an angular resolution of 0.117 degrees. The telescope operated between 300 GeV and 10 TeV. 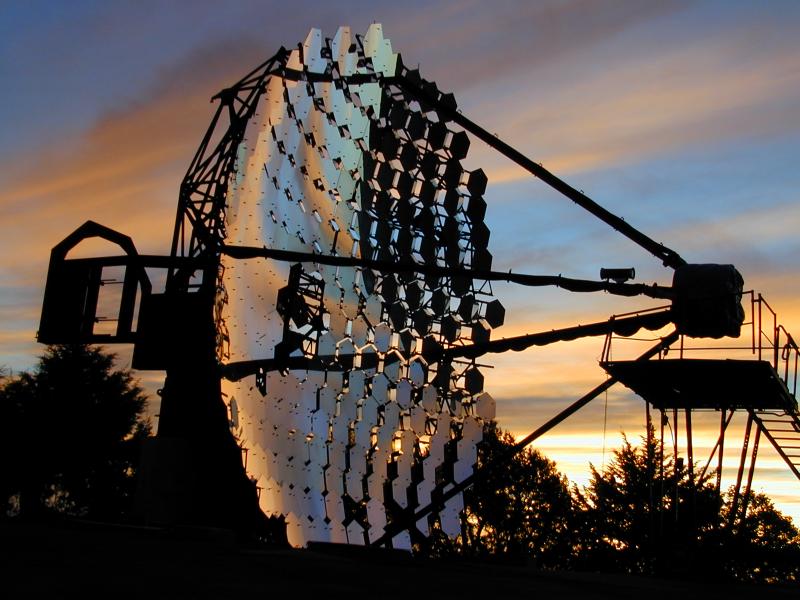 The primary emphasis of the collaboration's research effort was the search for and study of gamma ray sources in the energy range of 100 GeV - 10 TeV. Since the mid-2000's, the telescope's primarily concern was long term blazar monitoring in the search for interesting or increased activity and it also acted as an alert system for the VERITAS array. For the observing season 2010/11 a number of known TeV blazars including the High frequency BL Lacs (HBLs) Mrk421, 1ES2344+514, 1ES1959+650 and 1ES0229+200 were observed and the nightly lightcurves are posted below.

Mrk 421 the closest known TeV blazar located at a redshift of z=0.031, was the first extragalactic source detected at TeV energies by a ground-based instrument in 1992 (Punch et al 1992). This HBL is one of the most active TeV blazars and exhibits extreme variability, on the timescale of hours. Mrk 421 has been monitored closely and studied extensively since its discovery 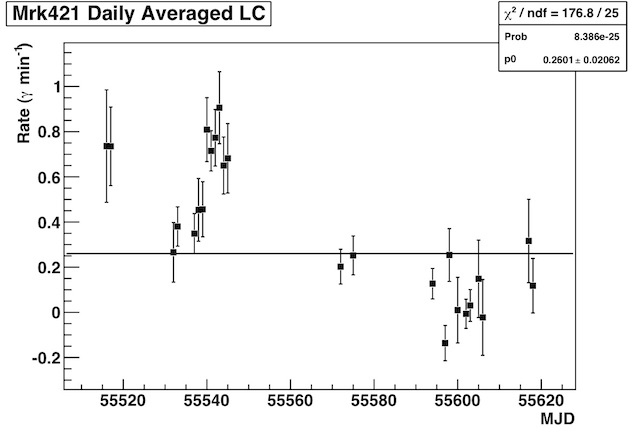 1ES0229+200 is a HBL at a distance of z=0.14. Due to its unusualy hard TeV spectrum it is an excellent candidate for Extragalactic Background Light (EBL) studies 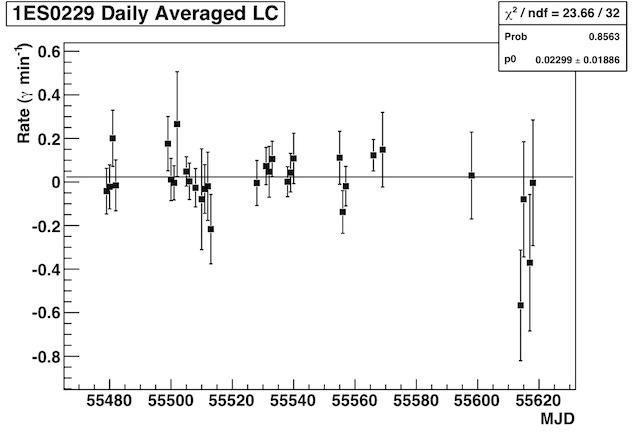 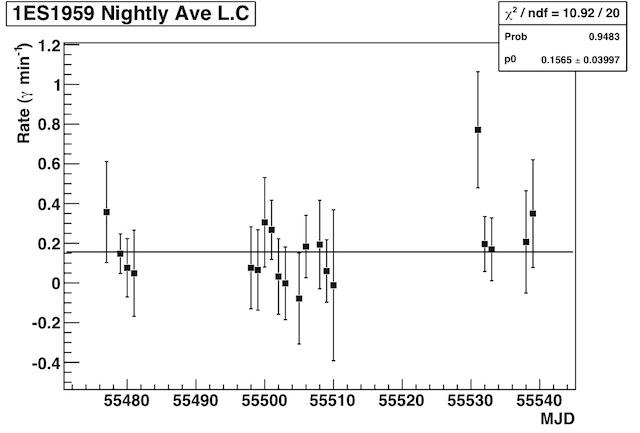 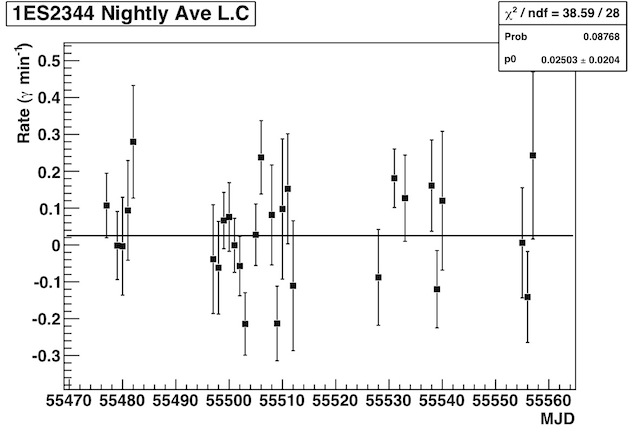