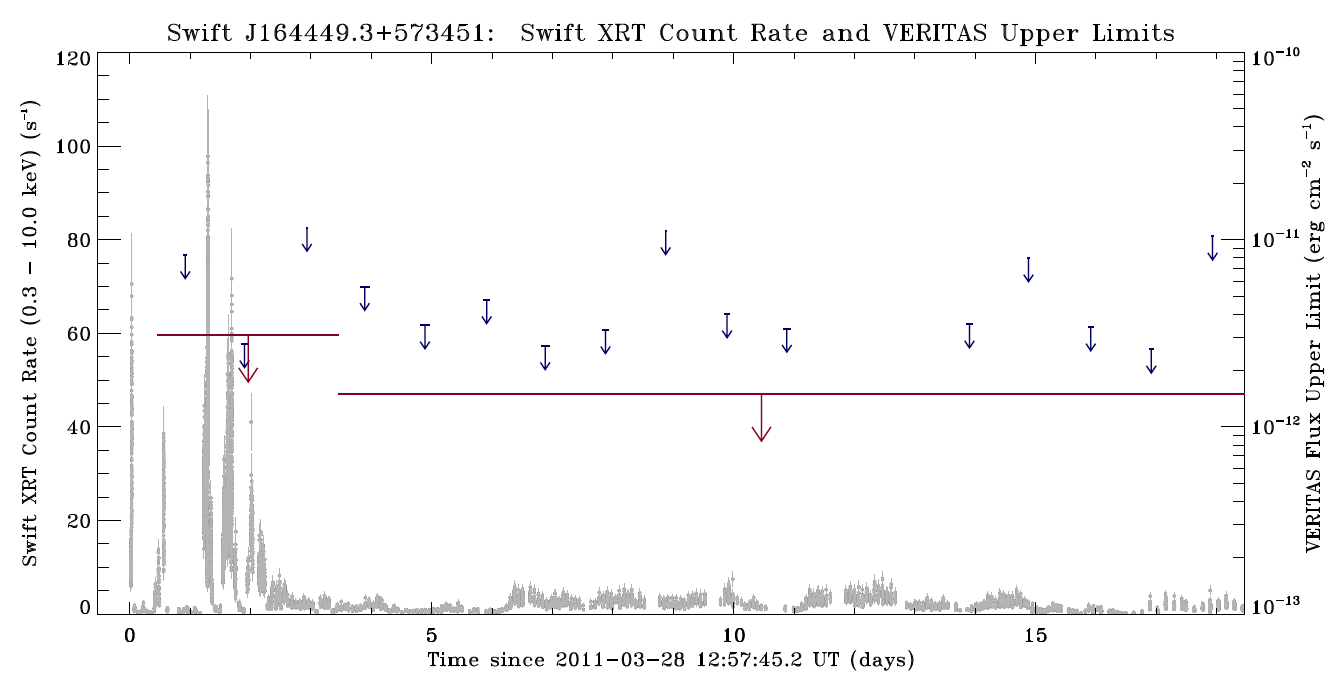 Swift J164449.3+573451(Sw J1644+57) was first detected by the Swift Burst Alert Telescope (BAT) on 2011 March 28 at 12:57:45 UT. The Swift spacecraft slewed to the location of the source and began observations with the X-ray Telescope and the UV/Optical Telescope. These observations located an extremely bright and variable uncatalogued X-ray source. Less than one hour later, the BAT triggered a second time on Sw J1644+57, which ruled out a gamma ray burst origin and gave the first sign of the unusual nature of the source. This prompted multiwavelength follow-up observations at a number of observatories (EVLA, Gemini, Hubble, Chandra...).

We report on very-high-energy (E>100 GeV) gamma-ray observations of Sw J1644+57.  A total exposure of 28 hours was obtained on Sw J1644+57 with VERITAS during 2011 March 28 - April 15. We do not detect the source and place a differential upper limit on the emission at 500 GeV during these observations of 1.4x1012 erg cm-2 s-1 (99% confidence level). We also present time-resolved upper limits and use a flux limit averaged over the X-ray flaring period to constrain various emission scenarios that can accommodate both the radio-through-X-ray emission detected from the source and the lack of detection by VERITAS.

Figure 1:  Flaring, low-state and daily upper limits are shown superimposed on the Swift XRT light curve (Evans et al. 2007). The extent of the daily upper limit horizontal bars represents the approximate time interval during which the VERITAS observations were
taken.