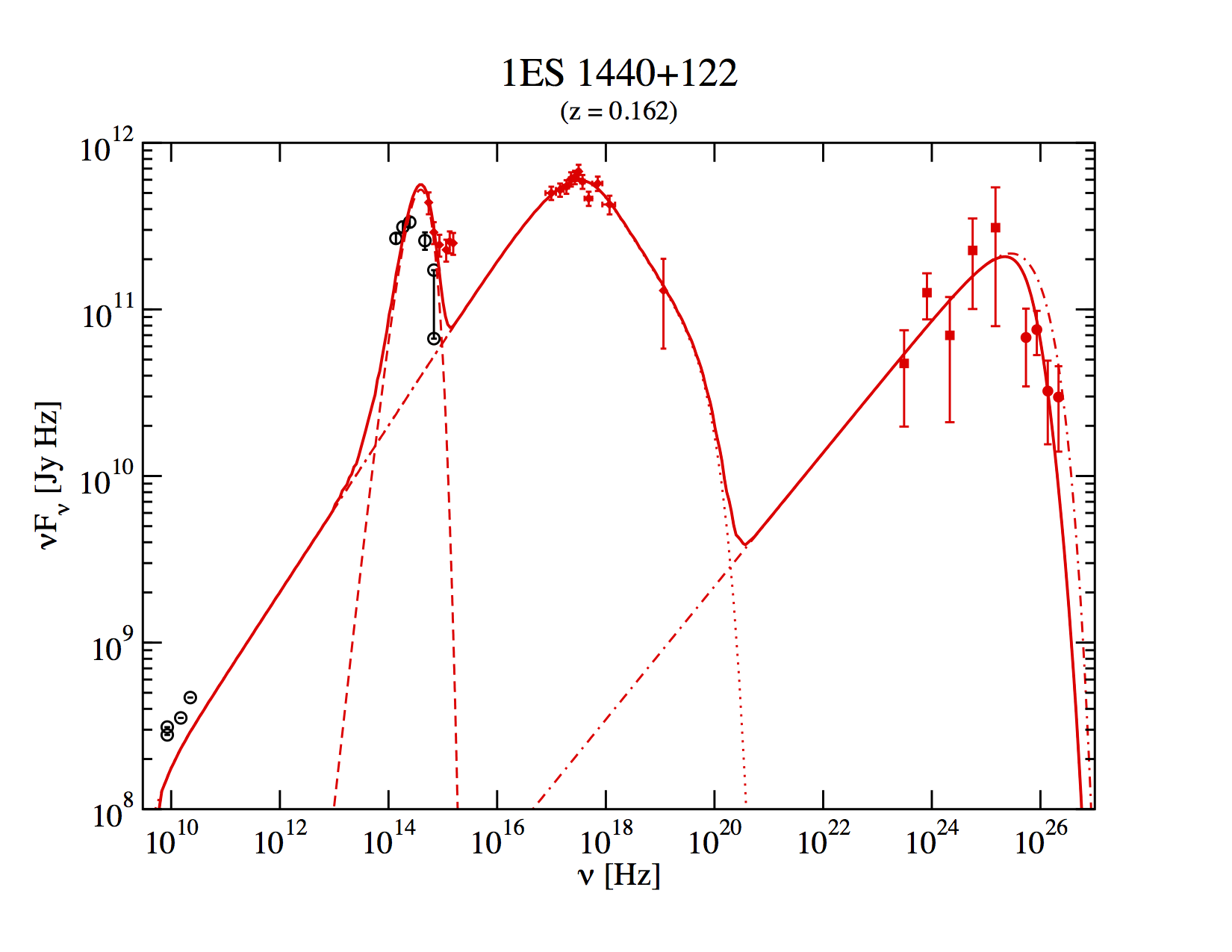 With deep observations, VERITAS was able to detect very-high-energy gamma rays from the blazar 1ES 1440+122 for the first time. The blazar, at redshift 0.163, is quite distant with the spectrum evidently affected by absorption on the extragalactic background light.  Accompanied by data from the Fermi-LAT and Swift-XRT instruments, we were able to construct three viable scenarios for the origins of the gamma rays. The simplest scenario, a synchrotron self-Compton model, is able to reproduce the observations. We cannot yet uniquely separate this scenario from models with additional free parameters such as an external radiation field or a hadronic component. 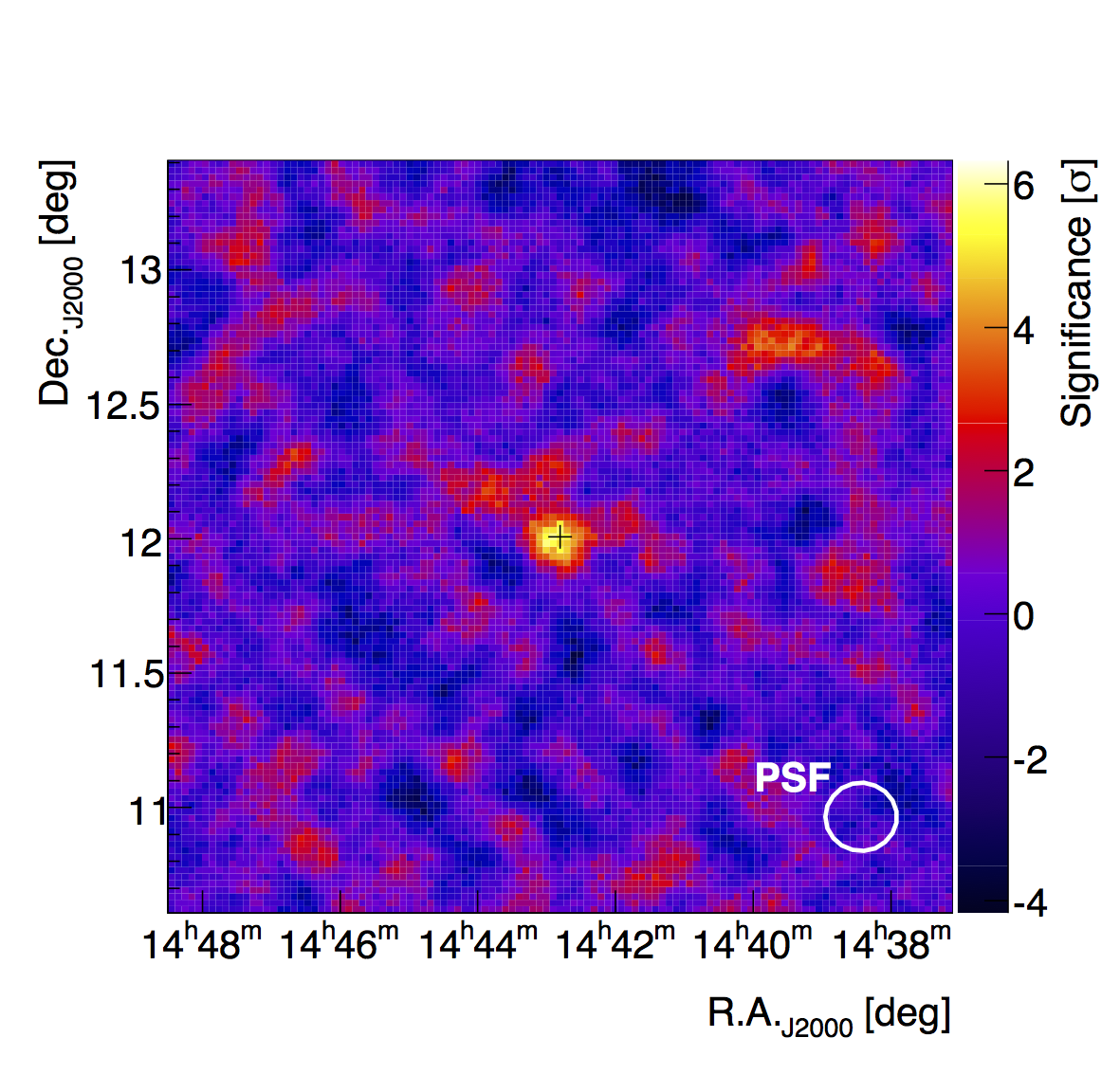 Figure 1: VHE significance map of the region around 1ES 1440+122 from the VERITAS observations. The map has been smoothed using events within a radius of 0.1o. The black cross marks the location of 1ES 1440+122 as reported in the SDSS. The VERITAS angular resolution is indicated by the white circle.

Figure 2: Distribution of θ2 for the source (cross) and background regions (shaded region; normalised) from the VHE observations of 1ES 1440+122. θ is the angular distance between the source and the reconstructed event location. The vertical dashed line indicates the ON region.

Figure 3: VHE spectrum of 1ES 1440+122 derived from the whole VERITAS data set. An upper limit with 99% confidence level is shown above the last significant spectral point.