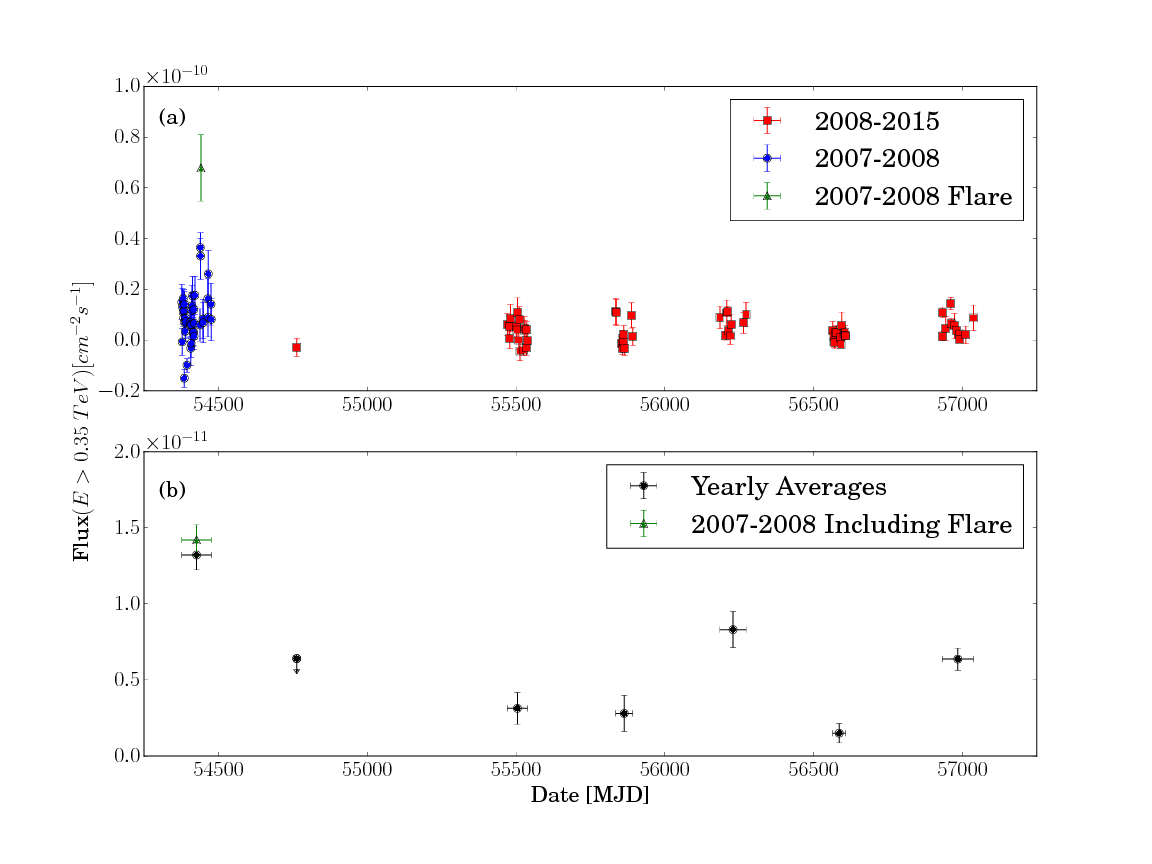 Being the third extragalactic object reported to emit very-high-energy (VHE, E > 100 GeV) gamma rays, 1ES 2344+514 is one of the most extensively studied objects in the VHE sky, with large multi-year and multi-wavelength datasets available. In this paper we report on over 45 hours of VHE gamma-ray data taken by VERITAS between 2007 and 2015 as part of a monitoring program. The data results in an excess of 20 standard deviations above the background, allowing for the energy spectrum of this source to be measured out to 8 TeV. In addition this dataset allows for the study of the temporal properties of the source on nightly- and seasonal- time scales.  This dataset represents the most comprehensive VHE study of 1ES 2344+514 to date.

Figure 1:  Light curves for 1ES 2344+514. Panel (a) shows the average nightly flux. Observations taken during the 2008-2015 seasons are plotted as red squares, observations taken during the 2007-2008 season are plotted as blue circles. All points are plotted regardless of their signifi cance. Panel (b) shows the average flux within each seasonal bin with an upper limit plotted for the 2008-2009 observation season. In calculating average fluxes, we consider all flux measurements regardless of their signifi cance to obtain an unbiased measurement. 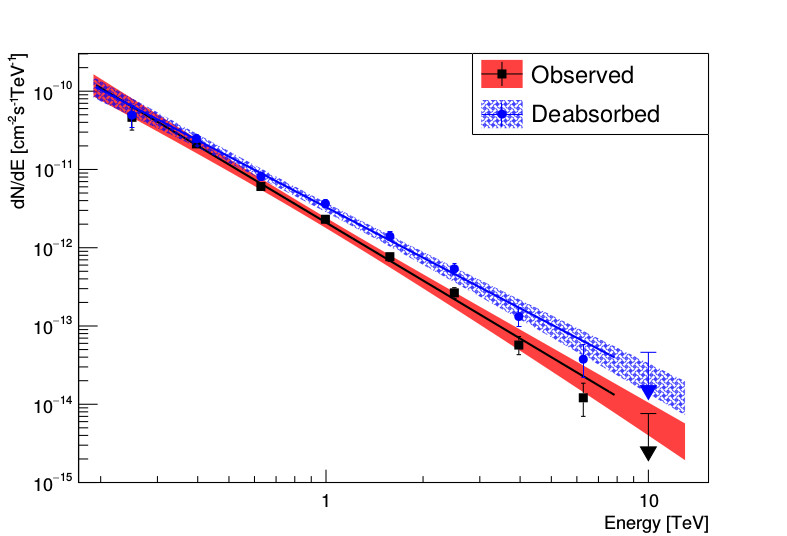 Figure 2: The di fferential energy spectrum of 1ES 2344+514 fit with a power law with a 95% statistical confi dence band plotted as a shaded region. The deabsorbed energy spectrum is obtained using the Franceschini et al. (2008) EBL model. Details of the fi ts can be found in Table 2. Points failing to meet a threshold signifi cance of 2σ or with less than 5 'on' events are plotted as upper limits and are not included in the fi t.