Gamma-ray Observations of Tycho's Supernova Remnant with VERITAS and FERMI 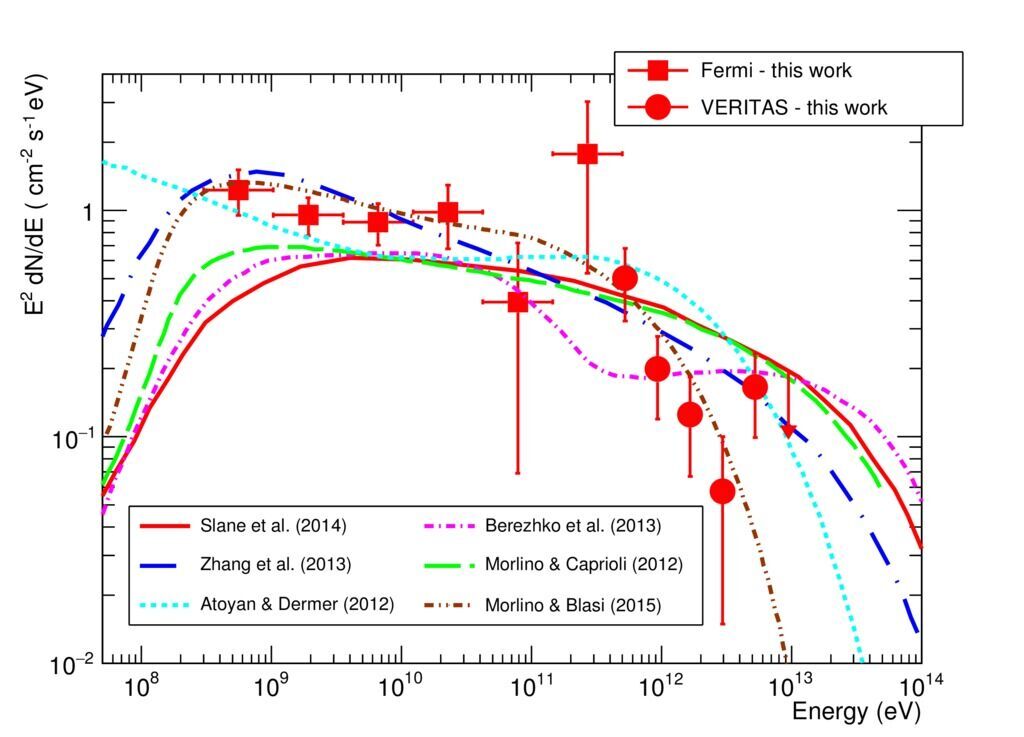 Fermi and VERITAS SEDs with theoretical models. For details, see Figure 5 below.

In 1912, Victor Hess discovered that there is highly penetrating radiation coming from outside of the Earth. This "radiation" was later found to be mostly high energy nuclei coming from outside of the solar system. Named "cosmic-rays," the energy range of these particles spans over 12 orders of magnitudes and reaches to energies that humans cannot generate. Because these are bare nuclei, stripped of their electrons, they are charged particles. As a result, they cannot travel straight from their source to the Earth due to the Galactic magnetic field. Finding the origin of these particles and how they get their energies have been major questions for over a hundred years. Supernova remnants (SNRs), remnants of the deaths of massive stars, have been suggested to be the main accelerators of cosmic rays up to 1015 eV, which is about 500 trillion times higher than the energy of light we can see with human eyes. Observing these objects with high-energy gamma rays can provide a unique perspective for the study of cosmic-ray acceleration, such as how high in energy these particles can be accelerated in the remnant. Tycho's SNR is a particularly good target because it is a young, type Ia SNR that is well studied over a wide range of energies and located in a relatively clean environment.

We report on an update to the gamma-ray measurements of Tycho's SNR with 147 hours of VERITAS and 84 months of Fermi-LAT observations, which represents about a factor of two increase in exposure over previously published data. About half of the VERITAS data benefited from a camera upgrade, which has made it possible to extend the TeV measurements toward lower energies. The TeV spectral index measured by VERITAS is consistent with previous results, but the expanded energy range softens a straight power-law fit. At energies higher than 400 GeV, the power-law index is 2.92 ± 0.42 (stat) ± 0.20 (sys). It is also softer than the spectral index in the GeV energy range, 2.14 ± 0.09 (stat) ± 0.02 (sys), measured by this study using Fermi--LAT data. The centroid position of the gamma-ray emission is coincident with the center of the remnant, as well as with the centroid measurement of Fermi--LAT above 1 GeV. The results are consistent with an SNR shell origin of the emission, as many models assume. The updated spectrum points to a lower maximum particle energy than has been suggested previously. 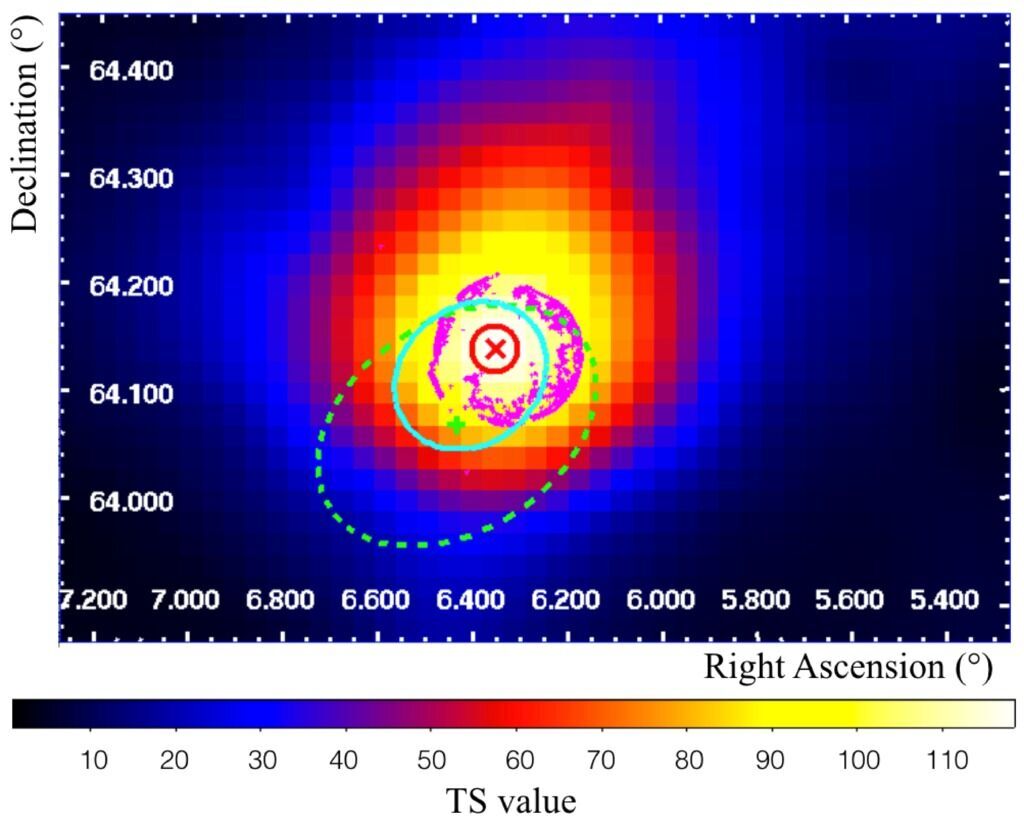 Figure 1:  Smoothed Fermi TS map with the P8R2 CLEAN V6 IRF for energies higher than 1 GeV. The map was smoothed with a Gaussian kernel with a radius of 0.06o . The magenta contours indicate the Chandra X-ray intensity at energies above 4.1 keV. The cyan line is the previously published 95% confi dence area for the Fermi-LAT position (Giordano et al. 2012). The centroid and error of 3FGL J0025.7+6404 are marked with a cross and dashed green line (Acero et al. 2015). The best-fi t position and 68% confidence level of this study are shown with a red cross mark and a red circle. 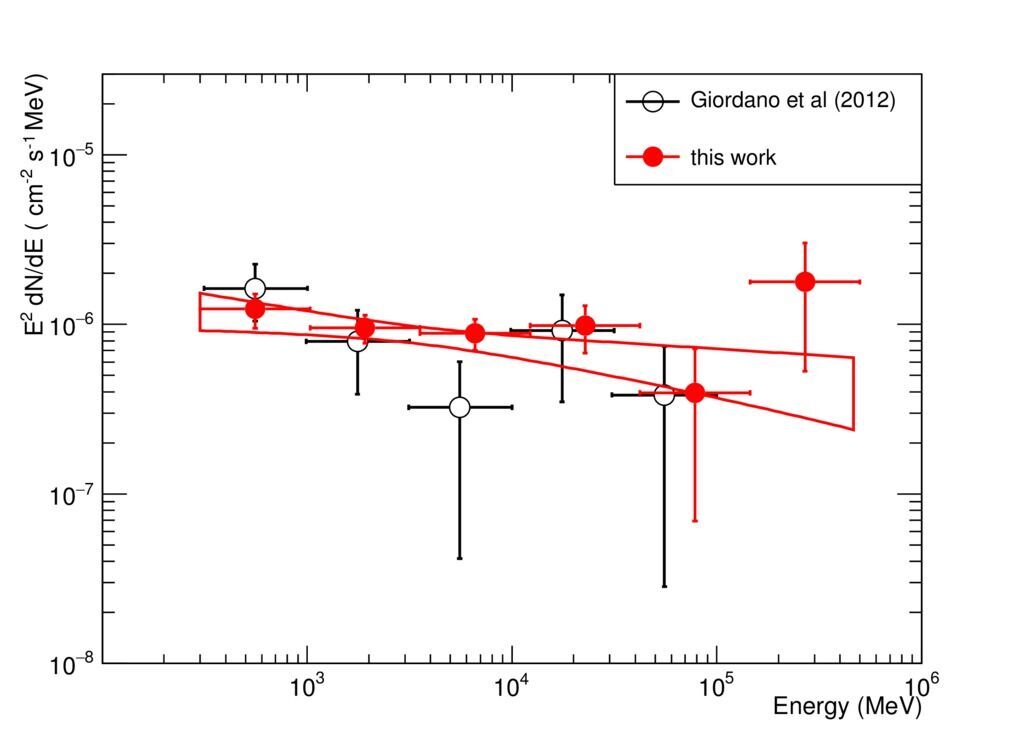 Figure 2: The updated Fermi spectrum overlaid with the previous results. The solid red line shows the 1 statistical error band from the full fit. 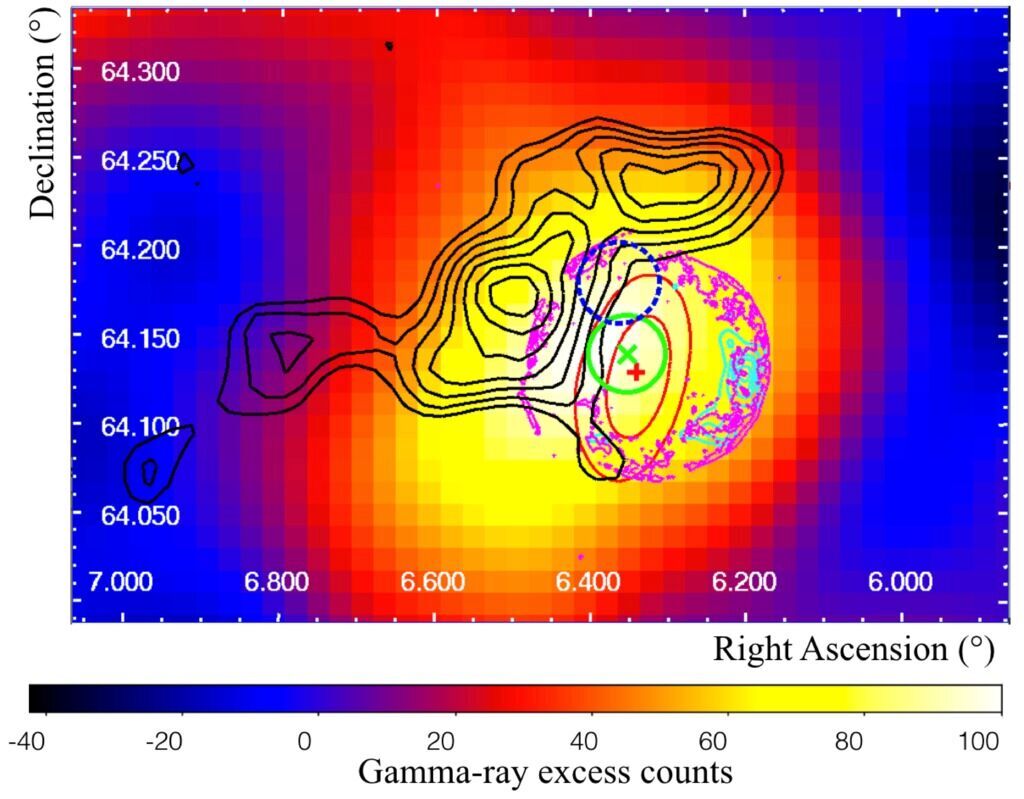 Figure 3: Smoothed VERITAS gamma-ray count map of the region around Tycho's SNR. The 1 σ statistical error on the centroid position obtained by Acciari et al. (2011) is drawn with a blue dashed circle. The updated centroid position is marked with a red cross and 68 and 95% con fidence levels of the position are shown with red contours. Each contour was determined from a fi t with two degrees of freedom. Chandra's measurement of the X-ray emission with energies larger than 4.1 keV is shown by the magenta contours. Black contours are the 12CO (J=1-0) emission integrated over the velocity range -68 km s-1 to -50 km s-1 using the measurements from the Five College Radio Astronomy Observatory Survey (Heyer et al. 1998). NuSTAR's measurements of X-rays in the energy range between 20 keV and 40 keV (Lopez et al. 2015) after smoothing are shown by the cyan contours. The best-fi t position and 68% confi dence level of the updated Fermi analysis are shown as a green x mark and circle. 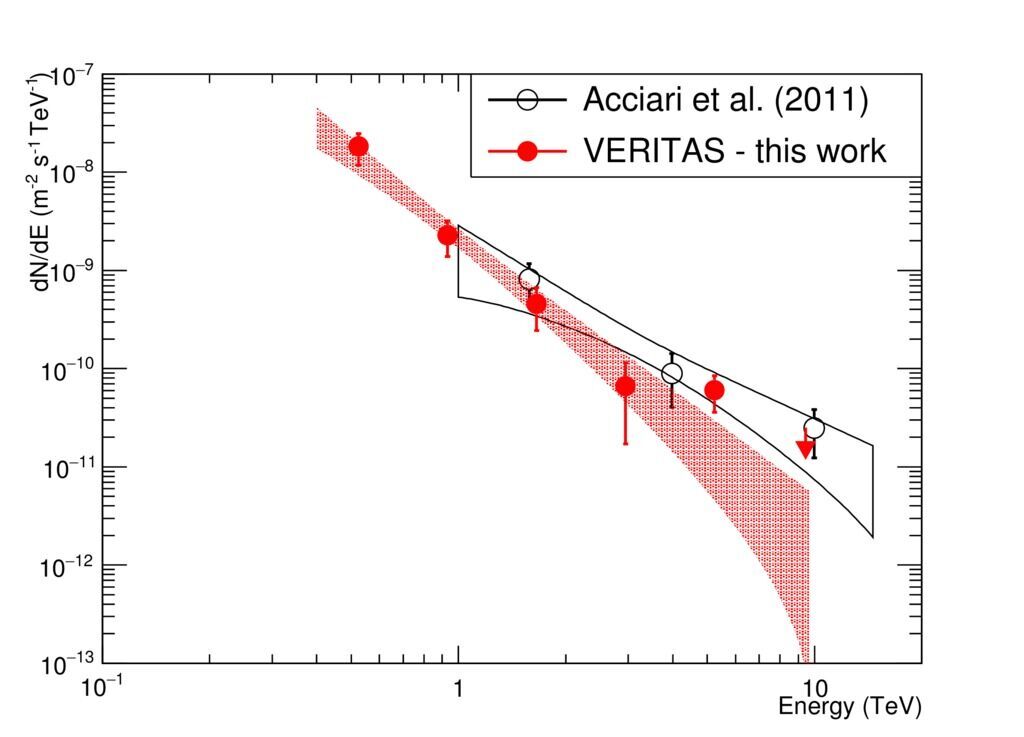 Figure 4: VERITAS spectra. The previous result is plotted as black empty circles and the result of the present study is shown with filled red circles. Flux errors were calculated from error propagation of the fi tting function and drawn as a 1σ error band around the data points. 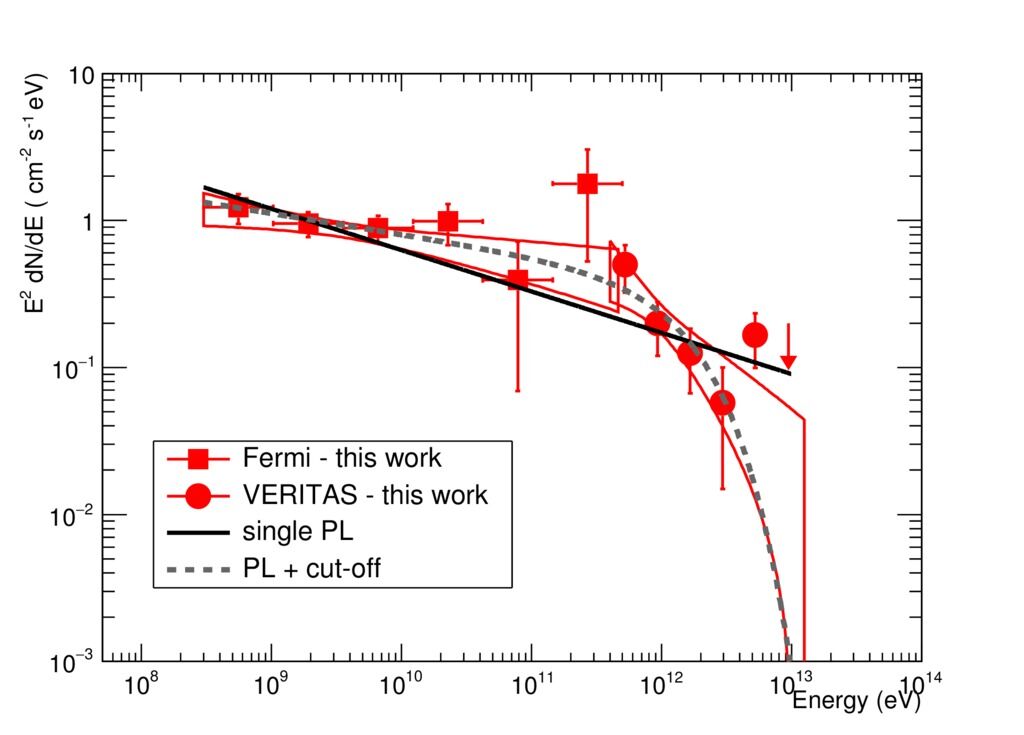