Investigating the TeV Morphology of MGRO J1908+06 with VERITAS 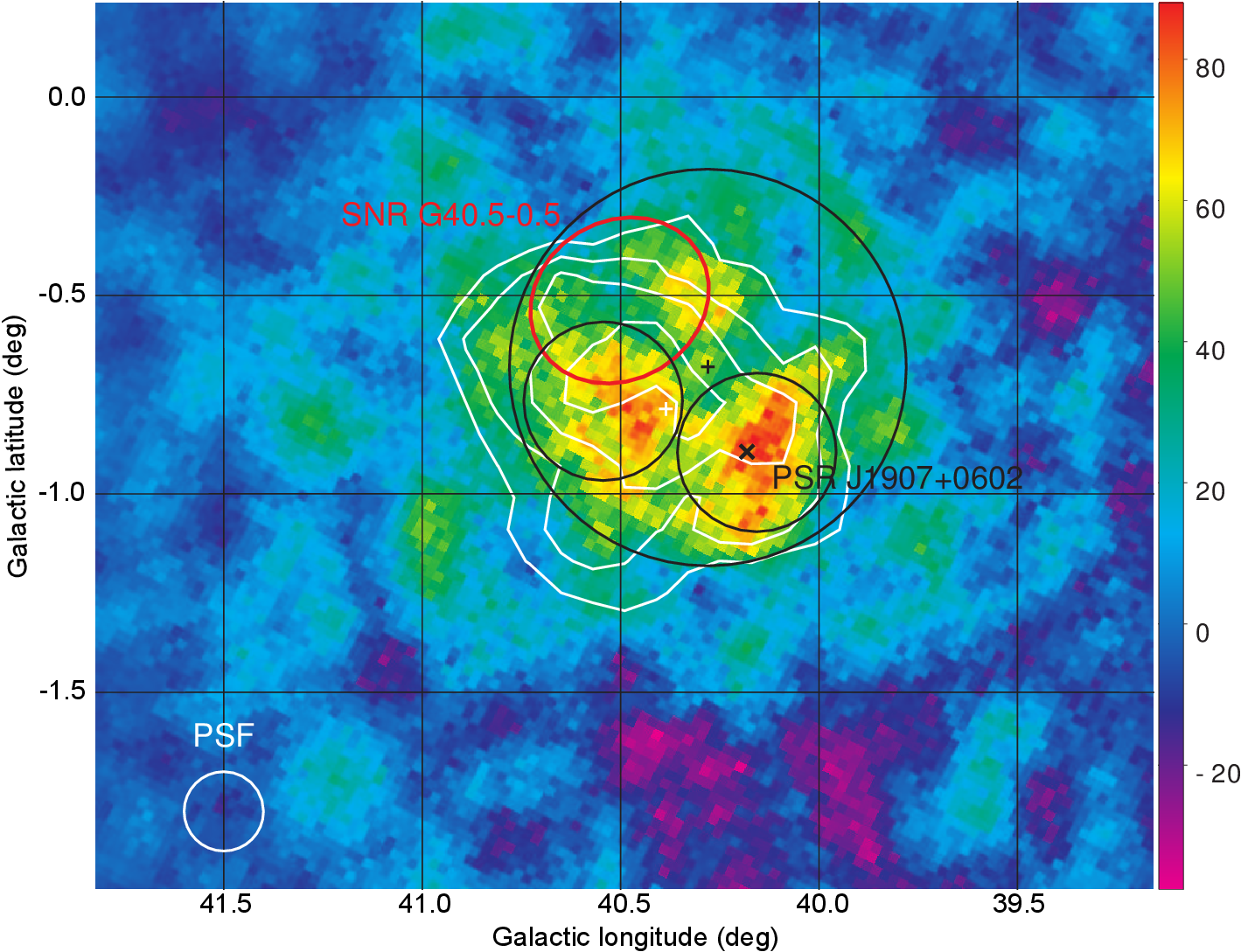 The Milagro experiment discovered a powerful VHE gamma-ray source in the constellation Aquila in their 7 year survey of the northern sky published in 2007.  The nature of the source was unknown, but it appears on the sky near a 20,000 year old remnant of a supernova explosion.  The existence of the gamma-ray source was verified by the H.E.S.S. observatory, but its nature remained a mystery until the Fermi satellite discovered a rotating neutron star, or pulsar, located nearby on the sky.  The majority of objects within our own Milky Way galaxy that produce very high energy (VHE) gamma-rays are nebulae that are powered by winds of relativistic particles accelerated by pulsars.  The new VERITAS results reported here provide the best map ever obtained of the VHE gamma-ray emission from the Milagro source. The gamma-ray emission is very extended, covering the region near the Fermi pulsar, but also extending towards the supernova remnant.  In contrast to other gamma-ray pulsar wind nebulae of similar age in which the average energy of the gamma-ray decreases as one moves away from the pulsar, the spectrum of energies measured by VERITAS appears constant across the whole nebula.  While it is still possible to interpret the whole of the gamma-ray emission as arising from the Fermi pulsar, the VERITAS results suggest that the situation may be more complex, perhaps requiring an interaction between the energetic particles emitted by the pulsar and either the supernova remnant or molecular clouds near the boundary of the nebula. 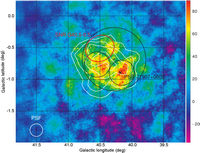 Figure 1:  Map of VHE gamma-ray excess counts in the region near MGRO J1908+06. The color scale shows the excess counts. The black cross shows the VERITAS best fitted position. The three black circles show the regions used for spectral analysis. The white circle shows the size of the VERITAS point spread function (PSF). The red ellipse shows the extent of SNR G40.5-0.5 in radio continuum emission. The black 'x' shows the location of PSR J1907+0602. The white cross shows the H.E.S.S. best fitted position and the white contours are from a H.E.S.S. excess map at levels of 4, 5, 6, and 7 σ . The grids on this and all sky maps in this paper are at intervals of 0.o5.

Figure 2: VERITAS spectra for the central 1.0o (diameter) of J1908. The green diamonds show the VERITAS spectrum for the whole region (0.5o radius region); the green line is a power-law fit to those data. The black line shows the power-law fit to the HESS J1908+063 data. The magenta hexagon shows the Milagro measurement. The VERITAS data are in good agreement with the
H.E.S.S. and Milagro results. The image data are available in the electronic edition as the second extension of supplemental FITS file. 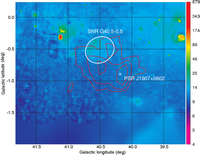 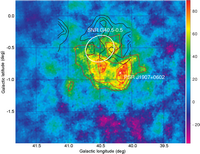 Figure 4: VERITAS map with CO emission contours overlaid. The black contours show the CO emission and are truncated at the boundaries of the available CO map. The color scale shows the excess counts and the red contours are at levels of 35, 50, and 65 counts. These approximately correspond to significance levels of 3σ , 4σ , and 5σ . The white ellipse shows the extent of SNR G40.5–0.5. The white ‘x’ shows the location of PSR J1907+0602.